Surprise, no surprise: round 1 of the French presidential election

Mabel Berezin, a comparative sociologist at Cornell University whose work explores fascist, nationalist and populist movements in Europe and associated threats to democracy, comments on the first round of the French presidential election:

"Fear was the dominant emotion among French citizens last week in the countdown to Round One of the Presidential election," says Berezin. "Depending on where  they stood politically, feelings ran from fear that Emmanuel Macron would be eliminated from Round Two, fear that Marine Le Pen would come in first place, and fear that it would be a run-off between far left Jean-Luc Melanchon and far right Marine Le Pen.

"None of that exactly happened. Macron came in first followed by Le Pen and then Melanchon. The numbers were closer than in 2017 but only Melanchon’s outcome could be characterized as unexpected," says Berezin.

"The second round will be close. At the moment, the race is the race that analysts assumed would take place—with a few important differences. The first and most obvious is that it will be a tighter race than in 2017.  Most importantly, the central political division in France and elsewhere is between the globalists and the nationalists—the “somewhere” people who do not have the options of geographical mobility in pursuit of one opportunity after another and the “anywhere” people who have broad market options.

"Aside from the fact that this division is now embedded in the political discourse, both Macron and Le Pen invoked it in their acceptance speeches, it is reflected in geographical and demographic voting patterns. Le Pen’s support was solid in the Northeast; the Eastern border (think Strasbourg) and Province—solidifying her traditional strongholds.  Macron took everything else—except for a Red Belt around Paris. Macron drew the bulk of his support from voters  60 years old and above. Le Pen and Melenchon split the youth vote. The younger you were, the more likely you were to vote at the political extremes. A probable reason for this demographic divide is that youth are more likely to suffer from economic stagnation and lack of opportunities than persons facing retirement. And both Le Pen and Melenchon ran on the economy," Berezin says.

As France enters the next two weeks, Berezin adds, "there is still an assumption that Macron will win but with much tighter margins than in 2017. But the world as well as France has changed since 2017 and so have the factors that determine who votes for which candidate. On Sunday evening April 24, we will see how much it has changed." 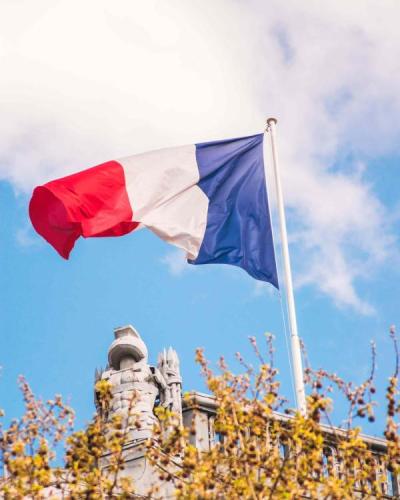 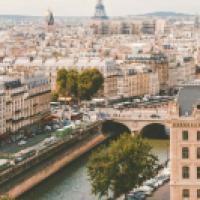 Marine Le Pen to ‘win’ French election, even if she loses 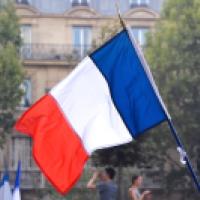 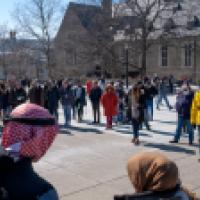