Panel reflects on Watergate and ‘Russiagate’

Reporters pecked on typewriters, smoked in elevators and used rotary-dial telephones. But despite the anachronisms, the 1976 film “All the President’s Men” offered uncanny resonances with current U.S. politics, according to a panel following a Nov. 8 screening at Cornell Cinema.

Jeff Cohen, director of the Park Center for Independent Media at Ithaca College, said the main similarity between the film and today is “that the venality began in both instances with the president himself.”

What struck Mabel Berezin about the movie was how innocent the time was. “People expected the government to be honest. They didn’t expect corruption in the government,” said Berezin, Cornell professor of sociology in the College of Arts and Sciences.

David Bateman, assistant professor of government, moderated the panel. “The film struck me as misleading for today,” he said, “because it’s really about [Bob Woodward and Carl Bernstein] uncovering the facts, and once the facts are out, actions proceed as they should. Nixon was undone because he had to release transcripts of the tapes; in opinion polls he was holding steady until then. The conversations on the tapes were just vile and his support in Congress evaporated. But Trump’s version of those edited transcripts has already happened, with the ‘Access Hollywood’ tape release. People backed off, but political institutions stood by Trump.”

In the Nixon period, said Berezin, there was more respect for institutions and for the presidency. “With Trump, it’s more a cult of personality.”

Another aspect of today’s situation that is different, said Torres, is that during Watergate things were true or false: “Now true and false almost doesn’t exist, which makes the current situation even scarier.”

Added Cohen, “It’s almost quaint the way the members of the executive branch in the film were trying not to lie. The lying of politicians now is so much more blatant.”

Bateman asked the panelists what fact could be uncovered about Trump that would change public perception about him, the way the tapes changed things for Nixon.

“If the Mueller probe gets close enough to show Trump involved in conspiracy, that would do it,” said Torres, such as a conspiracy to move money around for a private purpose, like laundering money for Russian oligarchs.

“Watergate normalized the idea that politicians are a bunch of liars and thieves, but it also has the message that no one is above the law and you will be punished,” said Cohen.

But one of the repercussions of Watergate, said Bateman, was that people ceased to believe in their institutions.

Trump certainly doesn’t seem to believe in the restrictions of the Constitution, noted Torres. “Trump recently echoed a Nixon assertion, that if the president does it, it can’t be against the law,” he said.

None of this should be a surprise, said Berezin: “Trump is a public figure and has been doing business in New York City for 40 years. The media did not do a good job of bringing out the layers; they were not very critical. It was clear from fairly early on that he wasn’t up for the job intellectually and cognitively.” 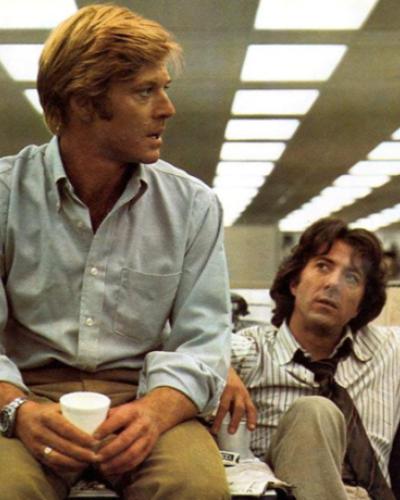