After World War II, more than 12 million ethnic Germans were forced to move from across Eastern Europe into postwar Germany, one of the largest forced migrations of modern history. Political scientist Anil Menon wondered how this experience might shape the identity of this group years or even decades later – including the way they vote.

“I’m interested in examining both the organic and artificially constructed ways in which the past impacts the present,” said Menon, a Klarman fellow in government in the College of Arts and Sciences.

As a Klarman Postdoctoral Fellow, Menon is researching the political legacies of forced migration, which is on the rise globally due to climate change and conflict. He contends that forced migrants, as well as other groups of people who have faced trauma, can develop a shared identity grounded in their victimization, which in turn can help mobilize their vote toward parties that champion their grievances.

“Anil’s work on the legacies of forced migration is not only fascinating, but also of really high quality with an interdisciplinary angle,” said Thomas Pepinsky, the Walter F. LaFeber Professor of government, Menon’s faculty host.

India is the context for another of Menon’s studies of the long-term political legacies of violence. In a study of interstate warfare on the subcontinent, Menon and colleagues found that districts exposed to more pre-colonial conflict experienced a positive long-term trajectory, including greater early state-making, higher investments in physical and human capital after the colonial era, and lower political violence in recent decades.

They concluded that although conflict harms local economic development in the short run, it could, under some circumstances, lead to the emergence of institutions that promote economic growth in the long run.

Looking at political legacies from another perspective, Menon has also studied how politicians spin events of the past to influence and persuade voters – or even leaders in other countries. Donald Trump, for example, evoked “the good old days” while campaigning in 2015.

“I did a study where I asked Americans, ‘in your opinion, when was America great?’” Menon said. “Fascinatingly, 65% of people said America was great the decade before they were born or during their childhood years.”

He discovered a trend: when people reminisce about the past, they end up being more supportive of statements that reflect populist sentiment. “This has serious implications for democratic stability, institutions, and authoritarianism,” Menon said.

In another inquiry into authoritarianism, Menon explored the impact of personal health on voting.

Dominant explanations say that people vote for authoritarian candidates and populist parties because they feel culturally or economically vulnerable. “But what about a different type of vulnerability, what about health vulnerability?” Menon said.

Investigating the influence of personal health on political behavior, Menon and colleagues found that European voters with worse self-reported health were significantly more likely to vote for right-wing populist parties.

A longtime fascination with the ways in which violence and trauma shape human behavior has guided Menon’s research. He received an M.Sc. in Economic History from the London School of Economics and Political Science and a Ph.D. in political science at the University of Michigan.

Now, he uses quantitative analysis that leverages archival, administrative, and spatial data, historical analysis, in-depth interviews (such as a six-month in-country study of former members of the Irish Republican Army), and opinion polls to learn more. This has led to a study of polling itself, in collaboration with Pepinksy and Allen Hicken, a colleague from Michigan.

“We’re dealing with a crisis of polling,” Menon said, with conservative support consistently underestimated. “We want to know when different methods – such as online or in-person – differ, but we also want to know when different methods give the same answer, because employing a firm to do face-to-face surveys is expensive. There may be some questions where we can get reliable answers without having to go through that.”

Interdisciplinary collaborations at Cornell, such as the Migrations Initiative and the Mario Einaudi Center for International Studies, drew Menon to the Klarman fellowship. His broad interests span European studies, Asian studies, and more. His fellowship is co-hosted by Mabel Berezin, Distinguished Professor of Arts and Sciences in Sociology, a comparative sociologist who specializes in Europe and fascism.

“I realized there was a critical momentum of people here,” Menon said. “Cornell recognizes migration and the consequences of migration as being important to understanding the world today.”

The Klarman fellowship, Menon said, is providing him with the time, resources, and connections he needs to investigate the process of storytelling in post-conflict societies, “why narratives live on and how the community ensures that they live on.” 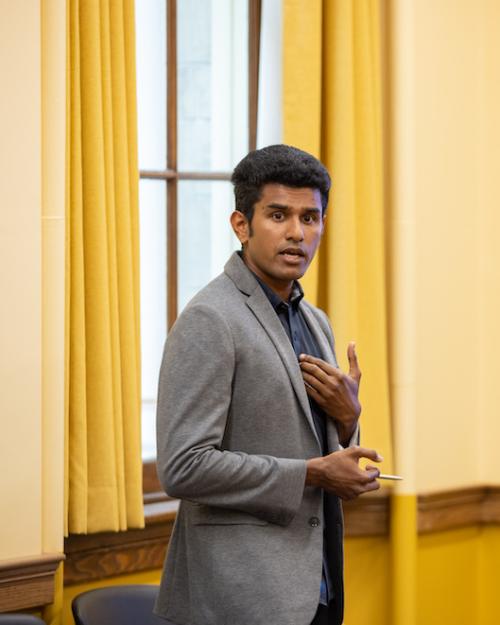 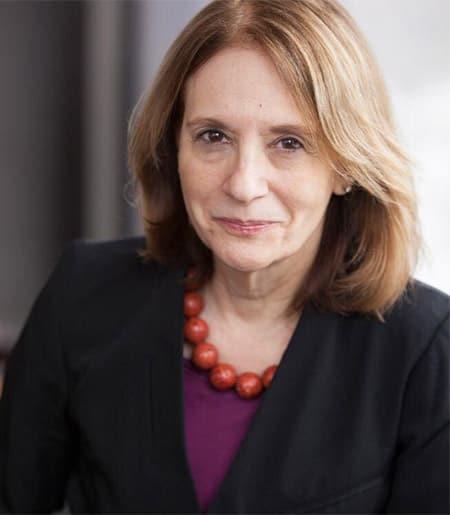