Accounting for the unequal contexts in which Black and white children grow up and go to school also narrows test-score gaps substantially – by more than 60%, according to the study, which followed nearly 130,000 Michigan students from kindergarten through college enrollment.

The researchers say the findings show that a generation of federal education reforms aimed at closing racial gaps in achievement and attainment has not adequately addressed their two primary drivers: systemic economic inequality, and severely segregated schools.

“Our analysis reveals a stark divide in the social origins of Black and white children coming of age in the beginning of the 21st century – and the toll this divide takes on educational inequality,” the authors write.

Rich, an assistant professor of sociology and demographer in the Cornell Jeb E. Brooks School of Public Policy, is the author with Katherine Michelmore, Ph.D. ’14, associate professor of public policy at the University of Michigan, of “Contextual Origins of Black-White Educational Disparities in the 21st Century: Evaluating Long-Term Disadvantage Across Three Domains,” published Oct. 1 in Social Forces.

Sociologists and policymakers have long sought to assess the extent to which family background, school quality and neighborhood environment each contribute to educational disparities.

Rich and Michelmore’s work updates that understanding for the No Child Left Behind era, by tracking students educated entirely after passage of the 2001 legislation focused on school accountability and choice. Michigan offered an ideal case study, they said, since its students mirror the nation demographically and could be observed over 16 years, from 2002 to 2018. The authors obtained restricted access to student records through a partnership with the Michigan Education Research Initiative and the Michigan Department of Education.

Students’ eligibility for subsidized lunches provided a measure of family economic hardship. Roughly half of all white students were disadvantaged at some point in time, compared with over 90% of Black students. The researchers also created indexes of school and neighborhood disadvantage, including factors such a school’s percentage of low-income students and average scores on eighth- and 11th-grade math tests, or a neighborhood’s poverty and unemployment rates.

Controlling for disadvantage across each context over time, the scholars determined that, consistent with prior research, family resources explain by far the biggest share of Black-white education gaps.

“This finding implies that material differences in the contexts inherited by Black and white children – rather than individual effort – drive the large education gaps we observe,” they write. “These trends have persisted through the recent era of federal accountability reforms.”

After family background, Rich and Michelmore found that schools – specifically, schools that are highly segregated due to systemic inequality in wealth and housing – are “consequential,” disproportionately exposing Black students to disadvantage for longer durations.

When they controlled for all three contexts together, the researchers found that gaps of nearly 13% in high school graduation and 17% in college enrollment were not only eliminated but reversed, and disparities in test scores narrowed dramatically.

Strengthening those insights, they said, was a longitudinal methodology that more accurately captured the effects of economic hardship over students’ careers until college. Researchers commonly rely on data reported for a single year, they said, which can obscure distinctions between students who are eligible for subsidized lunches consistently, sporadically or never.

“If you only look at a snapshot in time, you’re missing the true portrait of a student’s family economic hardship,” said Rich, a faculty affiliate in Cornell’s Center for the Study of Inequality. “That’s especially important for questions around racial inequality, because Black children are far more likely to live in economic hardship for longer periods of time.”

The authors said their analysis suggests a need for complex policy solutions addressing systemic inequities. Despite decades of ostensibly race-neutral policies, they concluded, Black-white educational disparities persist because of a long history of racial exclusion that has limited Black Americans’ access to homeownership, high-achieving schools, college degrees and high-paying jobs.

“We underscore the relevance of this study to renewed attention to systemic racism as an urgent crisis,” they write. “Our findings amplify the argument that uprooting systemic racism requires an ongoing confrontation with how this history warps Black and white childhood opportunities.”

The research was partly funded by the Cornell Population Center and the Center for Aging and Policy Studies, a consortium based at Syracuse University.

Read the article from the Cornell Chronicle 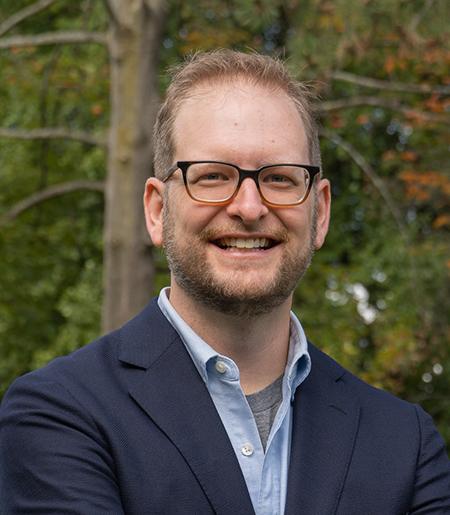 Assistant Professor of Policy Analysis and Management, and Sociology