Forty-seven Cornell faculty and graduate students will be among the 4,600 sociologists to descend on Seattle Aug. 20-23 for the American Sociological Association’s 111th annual meeting. Nearly 600 sessions and 3,000 research paper presentations will address society’s most pressing problems.

In the age of social media, the face-to-face contact sociologists get at the meeting has substantial merit, said Mabel Berezin, professor of sociology. She is one of only a handful of top experts in the field invited to participate at two theme panels.

“One of the best things about the meeting for me is to have a chance to meet young scholars and actually hear them talk about, rather than tweet, their research,” she said. “It also provides a wonderful opportunity for graduate students to hear the leaders in the profession and to interact with the broad and diverse community that comprises the association. Of course, it is also a great place to hang out with old friends, share information and network with scholars from around the globe.”

An expert in right-wing nationalist politics in Europe, Berezin will participate in two panels that address this year’s meeting theme, “Rethinking Social Movements: Can Changing the Conversation Change the World?” At the panels, well-known scholars are asked to draw on their work to illuminate a problem related to that year’s theme.

On Aug. 20, Berezin and colleagues will discuss whether right-wing movements will succeed in rolling back gains that progressive movements have achieved in civil rights, LGBT rights and gender equality. On Aug. 22, she’ll talk with other experts about southern Europe’s innovative protesters and the impact they have (and haven’t) had on societies and politics there,

At that session, she and two Cornellians, Elisabeth Becker ’06 and doctoral candidate Thomas Davidson, will present their paper, “Foreign Conversations: How Northern Europe Differs from Southern Europe.”

The research is about the speed of change that is overtaking core European politics, Berezin said. “The only thing that remains the same since spring 2015, when I committed to the panel, is that Mediterranean Europe retains its predilection for left as opposed to right politics.”

Other Cornell scholars presenting research at the meeting include the following.

Ph.D. candidate Emily Anne Parker will present her research on low-income, inner-city elderly individuals who hoard. She found that the people she studied viewed their hoarded belongings as extensions of themselves and justified keeping them because of trauma, loss and unresolved grief. Her findings have implications for policymakers, public health officials and social service organizations seeking to treat hoarding.

Doctoral candidate Yuanyuan Liu will discuss her study, written with Kim Weeden, the Jan Rock Zubrow ’77 Professor of the Social Sciences, which demonstrates Asian-American exceptionalism in math and scientific fields is much less universal than is often assumed. Moreover, the exceptionalism is more closely linked to occupational aspirations than most prior researchers have appreciated, Liu and Weeden say.

Patrick Park, Ph.D. ’16, will report on the discovery of “social wormholes” that allow information, beliefs and opinions travel between close friends across vast network distances. Using data for 56 million Twitter users from eight countries with high Twitter penetration, Park will also discuss his discovery that these ties are much stronger than previously thought.

Dafna Gelbgiser, a postdoctoral fellow at the Center for the Study of Inequality, will present her research on the dramatic expansion of for-profit universities, which grew at a higher rate than any other sector in U.S. higher education 2000-10. Although innovation was important for these controversial and low-prestige institutions, those that appeared more like traditional universities were more successful in increasing the size of their incoming class.

Amelia Branigan, a Frank H.T. Rhodes Post-Doctoral Fellow, will talk about her research on the relationship between skin color and the likelihood of arrest. Using a continuous measure of color as the percentage of light reflected off the skin, she found black men’s probability of arrest remains constant no matter how light or dark their skin color. In contrast, Caucasian men’s probability of arrest decreases continuously with lighter skin. Branigan wrote the paper with co-authors including Chris Wildeman, associate professor of policy analysis and management. 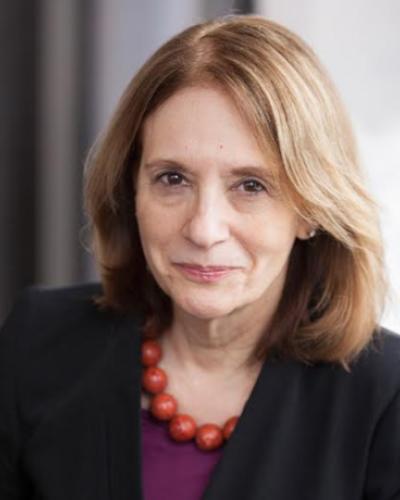