The 2018 U.S. News & World Report ranking of graduate schools is out, and Cornell has again landed in the top 10 for English and engineering programs.

In the social sciences and humanities, English clocked in at No. 8 overall. Among English program categories, American literature before 1865 was ranked No. 5. Other notable fields were history, No. 11; economics, No. 16; sociology, No. 17; political science, No. 19; and psychology, No. 24.

“We are pleased that our commitment to providing an outstanding graduate experience continues to earn recognition,” said Barbara A. Knuth, senior vice provost and dean of the Graduate School. “This honor is a testament to the dedication and hard work of Cornell’s extraordinary faculty, students and staff.”

Cornell Law School ranked 13th overall for the fifth straight year. In a diversity measure, Cornell Law was rated as having an index of .63 out of a possible 1.0. This put Cornell among the top 15 most diverse law schools in the country.

The Samuel Curtis Johnson Graduate School of Management was ranked No. 16 among graduate business programs.

Among medical schools, Weill Cornell Medicine ranked 18th for medical school research, the third year in a row it has received that ranking. In primary care, it ranked No. 41.

U.S. News surveys graduate programs in engineering, law, business, medicine and education annually. Data from peer assessment in other areas is collected on a rotating basis. Fine arts, health, public affairs and sciences were not ranked this year.

This article originally appeared in the Cornell Chronicle. 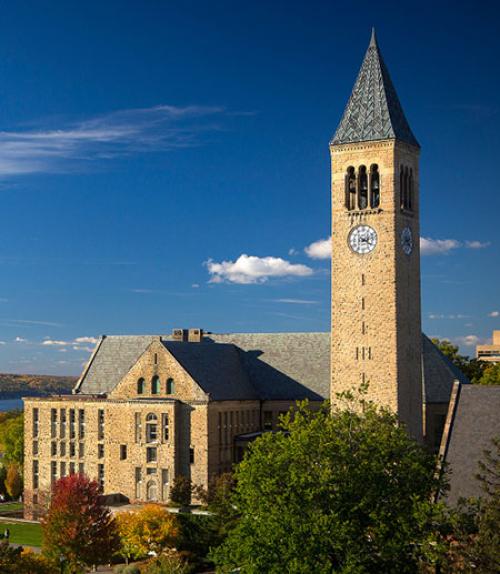